Wrap Up UK – The Story 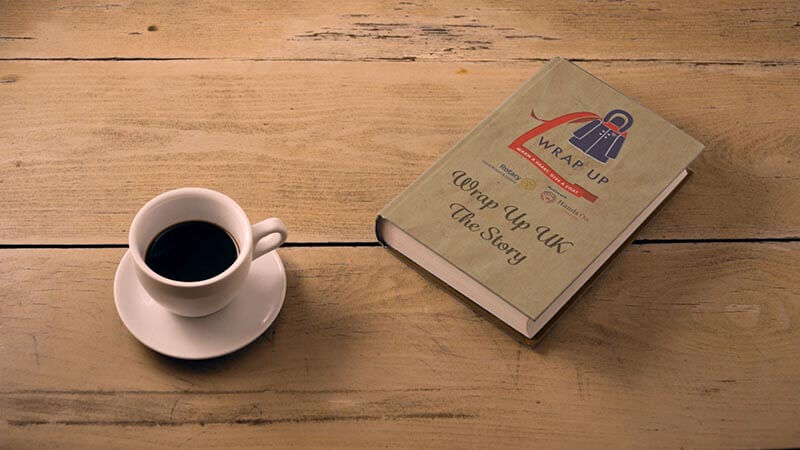 FOUR years ago, Accrington Rotarian Ann-Marie Etherington was visiting London on business when she spotted a statue outside Paddington station dressed in coats.

They were promoting a homeless initiative organised by Hands on London which, for more than a decade, has been collecting, sorting and distributing warm winter coats during winter to the capital’s homeless via various charities who had direct contact with the homeless. By adopting this approach, it often provides a gateway for someone to access services to help them get back on their feet.

WrapUp London has become one of the charity’s biggest volunteering events, which has seen around 180,000 coats distributed and 87 projects supported.

Ann-Marie discussed what she had seen with her now fellow team members, Malcolm and Jacquie Baldwin and Pam Holgate at a Blackburn Rotaract Charter night. It was agreed that they would take the idea forwards. The idea was discussed with Clubs in East Lancashire and as a result WrapUp Lancashire was hatched with the blessing of Hands on London.

In the first year, 2018, the project operated within a two-month window, October and November in preparation for the cold weather setting in for the winter. 7 Rotary Clubs in East Lancashire operated as Wrap Up Lancashire and collected some 2300 items of winter clothing with 10 local charities benefitting.

As a result of the feedback from the local charities it was decided that the following year the project would be extended to the whole of the Cumbria and Lancashire District. Some clubs in the Manchester area also joined in and there was even an outpost in Chelmsford! Consequently in 2019 there were over 40 Rotary clubs involved, resulting in some 35,000 items of winter clothing being collected and distributed to 170 charities.

In early 2020 the team were contacted by the Trustees of Hands on London, who had followed the Wrap Up campaigns over the past 2 years and were so impressed by their success that they wanted to forge a partnership with Rotary. As a result a partnership agreement between Hands on London and Rotary GBI was signed. Wrap Up Lancashire changed its name to Wrap Up UK to reflect the ambition of the team to drive the project nationwide.

Wrap Up UK was launched at the Volunteer Expo last May. In addition, during lockdown, Pam and Malcolm gave presentations via Zoom to many clubs around the country.

As a result there were 15 clusters involving over 50 Rotary clubs. Within that number there were ‘newcomers’ to the project including Bury, Cardiff, Middlesbrough, Lanarkshire, Tameside and West of Scotland. Some….. items were collected and distributed to .. charities.

Jacquie said: “This is why I joined Rotary, to make a difference by working directly to help those in need without having to shake a bucket”

According to Jacquie, the secret of the project’s success and sustainability, is by clubs forging partnerships with other clubs having the desire to make a difference in their own communtiies.

The sole aim of a Wrap Up campaign is to get donated coats to those who struggle to keep warm during the winter months.

Once donated coats have been collected at various collection points arranged by the Rotary clubs, volunteers get to work sorting the items into categories, men’s, women’s, children and babies. Whilst being sorted the donations are checked to make sure all buttons are intact, zips are working and that they are clean and in good enough condition.

Jacquie explained that coats are not given directly to the homeless and needy persons. Instead, they work through charities and community organisations which provide frontline services to the homeless, the elderly, refugees, children and families living in poverty or those fleeing domestic violence. When a needy person reaches out to a charity for a coat this winter, hopefully they will also discover other forms of support available to them.

“It’s amazing that a donated coat could kick-start a relationship between those in need and the charities that can help them by providing year-round services and support.”

Wrap Up UK and the Future

Jacquie is hoping that the campaign can spread even further. The WrapUp team will be attending Volunteer Expo in Birmingham next month (May), and she said that now was a good time for Rotary clubs interested in getting involved for next winter to make an approach.

She explained that it takes a bit of organisation to set up, and the WrapUp team help clubs to work together to structure groups in their local area. They are able to provide resources including a dedicated page on the Wrap Up UK website, branded collection boxes, bags for distribution and much more.

The Accrington President added: “Our aim and hope is that this project will continue to run annually throughout Rotary in Great Britain and Ireland providing support to those in need in our own communities. We also hope that this project will raise the profile and awareness of Rotary. Indeed the efforts of the West Of Scotland campaign were praised in the Scottish Parliament ”

When you visit any web site, it may store or retrieve information on your browser, mostly in the form of cookies. Control your personal Cookie Services here.